Porirua makes a success of Bikes in Schools

How Porirua Worked Together

Titahi Bay School’s bike track was built in 2014. Before then, only a few kids had their own bikes, and hardly any kids rode to school. Seeking change, a committee of parents investigated options to encouraging bike, and to start fixing up old bikes – helping create a supportive biking culture. They also fundraised by holding triathlons. Then they heard about Bikes in Schools and got involved.

Back then, Rachel Scott was at Partners Porirua and worked closely with schools. Partners Porirua and Bike On NZ Charitable Trust (the Bikes in Schools charity) signed a Memorandum of Understanding. Rachel and the council’s Wendy Barry started regular Bikes in Schools hui and other discussions with schools and organisations (including USO Bike Ride, Sport Wellington, Bike On, GreenBikes Trust and others). Regular hui were held from late 2017, and are ongoing.

USO Bike Ride was instrumental in supporting Ngāti Toa (decile 3), Holy Family (decile 1) and Corinna (decile 1) schools to get their bike programmes up and running.

Extract from publication May 2021. This story is collectively owned by the Porirua Bikes in Schools network, with its production made possible by Porirua City Council. The council contracted Louise Thornley, who has a public health research background, to research and write this story. 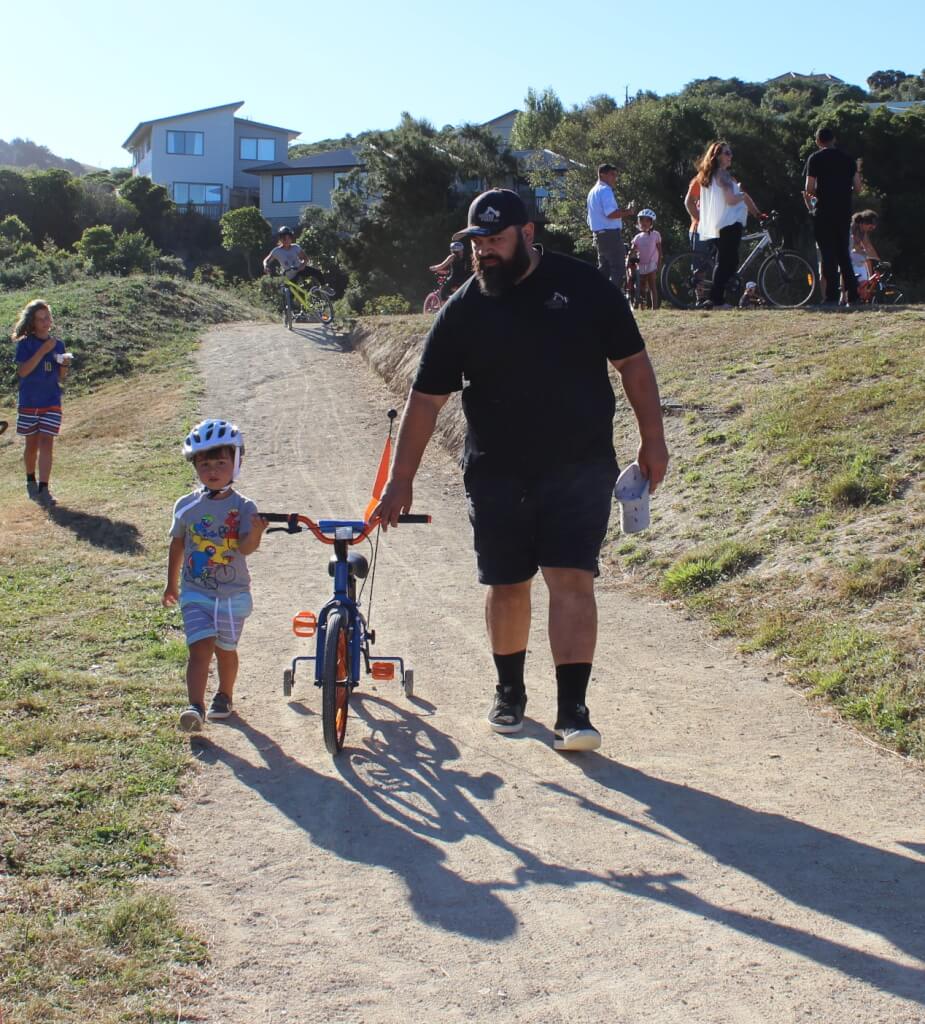